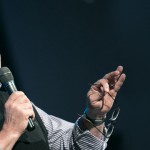 At the beginning of the year as I sought the Lord concerning 2016.  One thing I sensed Him saying to me was that Authority in Prayer by Dutch Sheets was a key book to revisit this year. I read it when it was originally released in 2006. Since I’ve read it a few additional times. However I… [Read More]

Get posts by email